arrives on the Côte d’Azur at the Cannes Festival

September 16th is the deadline to submit films and projects

The fourth edition of the Torino Short Film Market (Torino November 21st/23rd, 2019), organized by the Italian Short Film Center in collaboration with the Museo Nazionale del Cinema – Torino Film Festival, will officially be presented on May 17th, at 3.00 p.m. at the Cannes Festival. It will be the opportunity to illustrate the main features of the Torino event thanks to which those who have already realized a short or would like to may meet a co-producer, distributor or buyer.

September 16th is the deadline to submit films and projects to the 2019 edition of the TSFM. 450 producers, filmmakers and distributors from 36 nations were present at last year’s edition thus bolstering the Torino Short Film Market as the most important Italian industry event dedicated to shorts and as one of the most significant in Europe.

“The Torino Short Film Market is a major international event for professionals – says Jacopo Chessa, director of the Italian Short Film Center – an extraordinary showcase for Italian production: a unique opportunity for a territory which has proved itself to be very fertile ground for production. At the 2019 edition we count on reaching the same figures as the previous edition but above all on maintaining the quality of the projects and contents offered to a host of professionals from all over the world”.

The calls open are:

Short Comedies is a pitching session for international projects of short comedies. 7’ to present the project. Meetings will follow with the decision makers.

VR Stories is a pitch of international co-production of narrative VR contents. Story telling is at the centre of attention of VR Stories, where selected creators or producers will present their projects in 7’.

Distributors Meet Buyers a pitching session for representatives of distribution companies. Selected participants will have 7’ on stage to present their distribution catalogue to an audience.

Oltrecorto is a pitching session for film directors and/or screenwriters. The participants selected will have 7’ on stage to present their feature film or TV series project based on a completed short to an audience of decision makers.

Pitch Your Fest! is a pitching session for film festival organizers who program shorts. The participants selected will have 7’ to present their festival event.

Short Films. A call for films up to 30’ made in 2018 and 2019. Screenings (during TSFM) and the video library (access guaranteed till June 1st 2020) are private and do not infringe the film’s premiere status.

VR contents. A call for VR contents. VR devices will be available for TSFM accredited guests during the three days of the market. 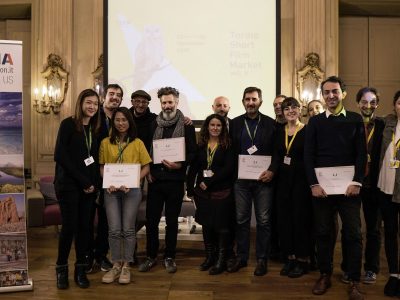 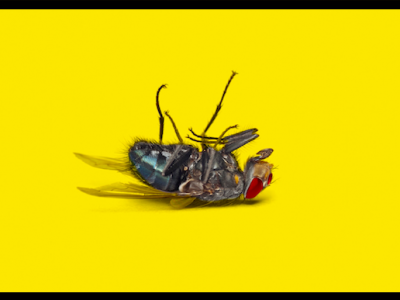 Next Post (n) - 2 weeks to send projects and contents -