Submissions to the 5th Torino

Film submissions for the 5th edition of Torino Short Film Market (17 – 21 November 2020) are now open: the only short film festival, together with Clermont-Ferrand International Short Film Festival, that received the support by the Creative Europe – MEDIA programme.

This year, the TSFM will be held in a new hybrid version, both virtual and physical, which is still being defined. Thus, the festival represents a unique opportunity where anyone who made or wants to make a short film can find a co-producer, a distributor or a buyer. The TSFM is organized by the Centro Nazionale del Cortometraggio (Italian Short Film Center) as part of the 3rd edition of Torino Film Industry, a project by Film Commission Torino Piemonte promoted by Museo Nazionale del Cinema.

September 14th is the deadline to submit films and projects to the 2020 edition. Last year’s edition of the TSFM gathered 600 professionals from 50 countries. Thus, Torino Short Film Market confirmed itself as the most important Italian industry event dedicated to short films, as well as one of the most significant in Europe.

“Like all the events that include people gathering, also the TSFM had to think about its own nature and propose new ways of attending the programme. To date I cannot say what of the old recipe will be kept in the 5th edition", says Jacopo Chessa, founder of the Centro Nazionale del Cortometraggio.

“From the very beginning, the Torino Short Film Market strength lies in its ability to connect people, in its cosy yet international atmosphere, in the accurate selection of the projects it presents. This year, all the efforts of the TSFM staff are focused on trying to ensure all the pitch sessions of the last edition, although we know it’s really difficult to find new projects in 2020 due to the forced stop of productions. In order to guarantee a similar trend, if not identical, to previous editions, the TSFM equipped itself with digital tools to allow the audience to participate at least virtually in the event.”

The open calls are:

Short Comedies is a pitch session for international projects of short comedies. 5’ to present the project. The presentation will be followed by one-to-one meetings with decision makers.

VR Stories is an international co-production pitch for narrative VR contents. Story telling is at the centre of attention of VR Stories, where selected creators or producers will present their projects in 5’. One-to-one meetings with decision makers will follow.

Distributors Meet Buyers is a pitch session for delegates from distribution companies. The selected participants will have 5’ to pitch their company’s catalogue. Following the presentation, one-to-one meetings with buyers.

Oltrecorto is a pitch session for film directors and/or screenwriters. The selected participants will have 5’ to present their feature film or TV series project created from previously shot and released short films. One-to-one meetings with decision makers will follow.

Pitch Your Fest! is a pitch session for organizers of film festivals that have a short film section in their programme. The selected participants will have 5’ to present their event.

Short Films. A call for films up to 30′ made in 2019 and 2020. The video library (access guaranteed till June 1st 2021) is private and does not infringe the film’s premiere status. 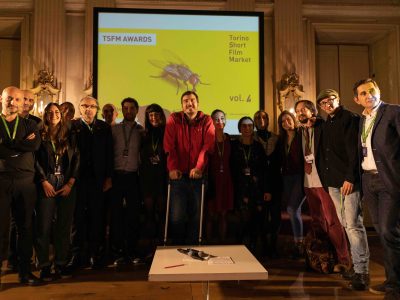